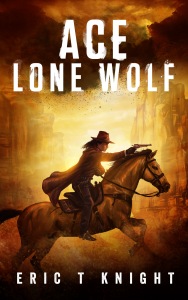 Ladies and gentlemen, may I present a sneak peek at the next installment of the Lone Wolf Howls series. It begins, predictably enough, with Ace getting himself into trouble yet again. (Trouble does seem to follow him, doesn’t it?)

The story picks up a few days after The Black Pearl Treasure leaves off. I’m revising the tale now and it should be out in January…

As Coyote and I ride down the street, I’m thinking that San Diego doesn’t look like such a bad town. I’ve only passed one saloon so far and I didn’t hear any gunshots coming from it at all. They even have a brick building, a hotel, and it’s two stories tall. The people I pass don’t reach for their guns—shoot, some of them aren’t even carrying guns—and one lady stepping out of a carriage nods when I tip my hat to her.

Unfortunately, that nod turns into a look of fear when my long black hair, which I’d tucked up under my hat before entering town—I don’t look so Apache that way—falls out. But she doesn’t scream or anything so it all works out okay.

All in all, I have a good feeling about San Diego. Once I find someone to buy these black pearls Beckwourth gave me, I’ll have money again. Maybe I’ll stick around for a few days, sleep in a bed and eat someone else’s cooking. Buy some new duds. Mine are looking a little tattered after all I’ve been through lately. END_OF_DOCUMENT_TOKEN_TO_BE_REPLACED

Chaos and Retribution, that is. Yep, book 2 of my new fantasy series, Sky Touched, just came out a couple of days ago. It continues the stories of Fen, Aislin and Karliss, three young people with the powers of Stone, Sea and Sky.

They’ve done some growing up since the last book. Fen’s still trying to hide his power, trying to deny it altogether actually, but it’s getting harder and harder to do so and it looks like it might cause him to lose the person he cares about most.

Aislin’s situation is different. She has no qualms about using her power at all. The problem is that she is disconnected from others. She has no empathy and doesn’t really care for anyone. Combine that with a volatile temper and power over water, and if she doesn’t figure out some things soon, someone is going to get hurt. Or even killed.

Karliss is learning that all those years of fooling around and not taking his power seriously comes with a cost. His clan needs him now. They need his power over the air, but he has a lot of catching up to do and events aren’t waiting on him.

To celebrate the release of Sky Touched, book 1, Stone Bound, is on sale for a limited time for 99 cents. Go pick one up. What do you have to lose? (Other than a buck, of course.)

Karliss crouched on the hilltop beside Ihbarha, wind shaman for his clan, and knew his life had changed forever. Ihbarha’s mouth was open. His eyes stared vacantly at nothing. “Bagesh!” he whispered urgently. “Bagesh, wake up!”

Nothing. There was no sign of recognition in those glassy eyes. The ritual had gone bad, and Ihbarha had paid the price. His mind was gone, torn away by the wind. END_OF_DOCUMENT_TOKEN_TO_BE_REPLACED

Doc waves goodbye as the wagon pulls out of town, Lou driving, me on the seat next to him—uh, her. That’s an idea that’s going to take some getting used to. I take a sideways peek at Lou, trying to see what Doc sees.

I don’t know. Maybe Doc is wrong on this one. Lou looks like a regular man to me.

“You done staring at me yet?” Lou growls.

“The hell you weren’t. You looking for something in particular, or you just the starin’ type?” END_OF_DOCUMENT_TOKEN_TO_BE_REPLACED 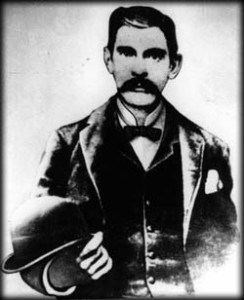 “Is this the feller you were talking about? He don’t look like much to me.”

The words come from far away and through a haze of pain. My head feels like a team of men have been at work inside it with pickaxes. I try to swallow, but my tongue is bigger than my mouth and it feels like my cheeks are full of sawdust.

“Come on, Ace. Get up. I got you a job.” It’s Doc. END_OF_DOCUMENT_TOKEN_TO_BE_REPLACED 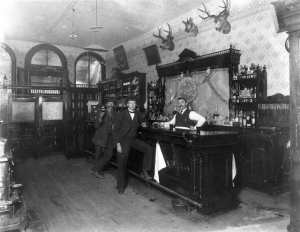 Doc comes out with my glass and chair. He sets them down and pumps my hand. “Ace Lone Wolf, as I live and breathe.” He starts coughing and has to bring out his hanky. His coughing fit over, he looks at the blood on the cloth before putting it away. “Well, as I live anyway.”

We sit down. “You look good, Doc. All healed up from that gut wound.” That’s not entirely true. Doc looks a bit pale and his clothes are loose on him.

He waves it off and pours me some whiskey. “I told you it was nothing but a scratch. No way a skunk like Ike Clanton is killing me. If a man’s going to shoot me down, it’s going to be a man of quality.” END_OF_DOCUMENT_TOKEN_TO_BE_REPLACED

It’s afternoon when I ride into Tombstone. It feels like a lifetime has gone by since I was last here, but the town looks the same. Dust, sagging, unpainted buildings, signs creaking in the wind.

Maybe it was a lifetime. A lot happened after we left here. Getting chased by the Scalphunters, captured by Kosterlitzky, blowing up the General’s hacienda. And let’s not forget Totec’s temple. Was that thing really a god? I hope I never find out. END_OF_DOCUMENT_TOKEN_TO_BE_REPLACED

I never do see any sign of pursuit from either the Yaquis or Ike and his idiot partner. Maybe they all bled to death from throwing knives at each other.

Coyote and I head north for the border. I’m still broke but I have my pistols and my hat back. That’s what counts. Luke was right about one thing. The hat does smell. But I reckon that’s from being on his ugly head. I’ll dunk it in a river if I ever see one with water in it.

It’s about the middle of the afternoon and I’m coming up on about where the border should be—no one really knows where, exactly, it is, not even the two governments involved—when I see someone familiar in the distance. END_OF_DOCUMENT_TOKEN_TO_BE_REPLACED

Click here to sign up for my email list. You’ll get free books, a chance to join my review team, and be the first to hear about my latest releases.